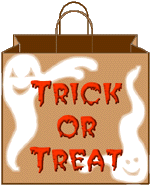 Don’t be frightened, this is not a “trick”!  Carolina Custom Video has added a new “treat” to its services:  high-definition Blu-ray video!

If you’ve got high-definition (HD) video footage from a camcorder’s hard drive, memory stick media, or mini-DV, preserve and share your memories with others by having Carolina Custom Video transfer it to a Blu-ray disc.
Make no mistake, while your HD footage will still look good transferred to a standard-definition (SD) DVD, letting CCV transfer it to Blu-ray will preserve its sharp picture and vivid colors.
Here’s why:
A single frame of SD video at 720×480 resolution contains 345,600 pixels. People have been watching video on DVD with that resolution for years and, yes, it looks good, especially when using upconverting DVD players.

However… in comparison, a single frame of HD video at 1920×1080 resolution contains 2,073,600 pixels — that’s SIX times the number of pixels in each and every frame!
So bring your high-definition video to Carolina Custom Video today, and let us preserve its sharp picture and vivid colors on Blu-ray!
Blu-ray by Carolina Custom Video:  A better Halloween treat than a bucket of candy — over 2 million pixels, with ZERO calories!