It’s that scary time of year again, and not just because of the election! Have you had YOUR High Definition video or 8mm film transferred to a “Boo-ray” disc yet? If you’ve got high-definition (HD) video footage from a camcorder’s hard drive, memory stick media, or mini-DV, preserve and share your memories with others by having Carolina Custom Video transfer it to a Blu-ray disc. Even old school 8mm reel to reel film shows much more detail when captured in HD and transferred to a Blu-ray disc! Read on to see why!

And just in time for Halloween, Carolina Custom Video is having a special during the month of October on “boo-ray” discs: have your HD video or 8mm film transferred over to a Blu-ray disc, and get a Blu-ray disc copy absolutely free! 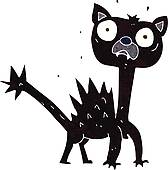 That’s right, it’s a Blu-Ray BOGO! Buy one, get one free!

So don’t be scared, we promise it’s a treat, not a trick! Bring your video or film in TODAY, get it transferred in high definition to a Blu-ray disc, and you’ll get a Blu-ray disc copy absolutely free!

BUT DON’T DELAY! This offer will be gone before you know it, much like that bowl of candy that you TRY to buy for Halloween, but never quite lasts that long.